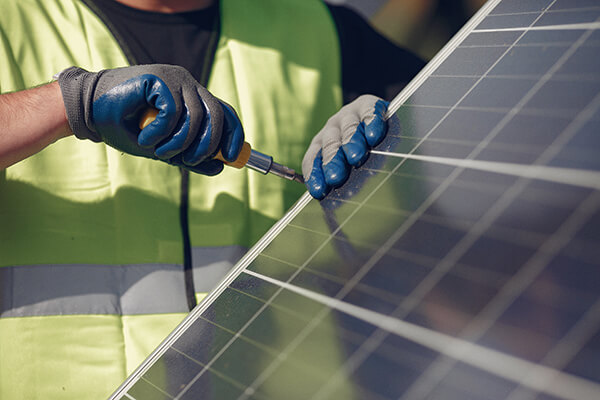 The Dark Side of Solar Energy

Generating electricity from solar energy is far more ‘greener’ that fossil fuels, but with tons of solar panel installed in the early 2000s reaching its end of life, disposal of these panels are far from environmentally friendly and even its production has come into question.

Solar energy boom and its effect

With the advancing technologies in manufacturing, Solar PV is becoming cheaper. More so that the cost of generating electricity from new solar projects will be cheaper than coal. Couple this with countries committing to net zero emissions by 2050. Considering that solar panels have an operating lifespan of 20 to 30 years, you are looking at almost 80 million tons of solar waste by 2050

While generating electricity from solar with the use of Solar PV produces amazingly low carbon footprints, both production and disposal of Solar PV panels still have negative impacts on the environment. A solar panel is made up of several sheets of silicon crystals to produce electricity and producing this solar grade silicon requires hazardous chemicals like sodium hydroxide and hydrofluoric acid, that may or may not be disposed of properly, and huge upfront energy on mining, manufacturing and transportation.

Apart from the carbon footprint generated in producing Solar Panels, disposal may become an important issue in the years to come. If not disposed properly, heavy metals in solar panels like lead and cadmium can leach out to the environment affecting plants and groundwater and pose a serious health risk.

The process of recycling a solar panel requires a difficult process that most companies find it more cost effective to just produce new solar panels. Only the cables and aluminum frames can be properly re-purposed and even if the glass and plastic are recycled, it is burned in cement ovens which is costly and time consuming.

The remainder of the panel that contains hazardous materials, which accounts for the majority of its weight, ends up in landfills. While some first world countries have the infrastructure and regulations to properly manage these waste, a developing country without a properly built landfill for hazardous materials will have to deal with the negative environmental effects in the years to come.

In the production end, efforts have started to make solar production greener. Some scientist are exploring ways to purify silicon for solar cells. Some are experimenting with lower-grade silicon. There is also a new process of using a material called perovskite for solar cells which have lower carbon footprints and cheaper to produce than silicon.

The recycling industry is also finding ways to deal with decommissioned solar panels. For example, just this year, Australia’s first solar panel recycling facility becomes operational with the company saying that “100% of the materials separated from [the Lotus Energy] process will be reused and given a second life.” Government regulations are also coming in place to solve the problem. In the European Union, solar panels are considered E-Waste is subject to recycling requirements set by the Waste Electrical and Electronic Equipment (WEEE) Directive. In the United States, solar panel disposal is regulated by the Feral Resource Conservation and Recovery Act (RCRA). Additional policies on solar panel disposals also exist is some state.