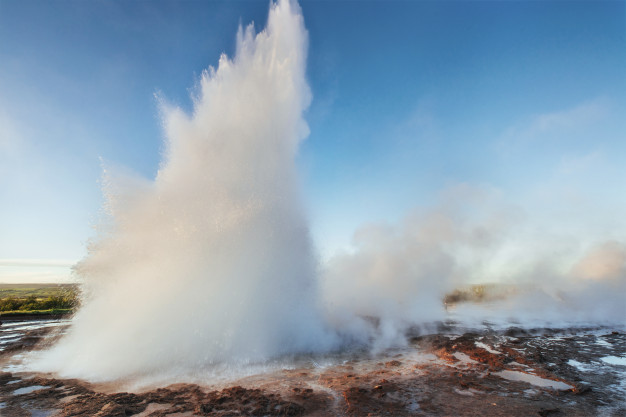 Geothermal Does What? Renewable Energy Resource

Other renewable energy resources like wind, solar, and water, which are part of nature’s force, can provide green innovations and change on Earth. Moreover, did you know that power can be drawn directly from the Earth itself?

Yes! Also known as earth heath, geothermal energy is a renewable resource found in abundance on Earth. It is clean and can help achieve the environmental vision. So, how do we turn energy within the Earth into electricity? Follow us and read further to learn the basics of geothermal energy solutions.

Geothermal: What is it?
If you were to dig down into the Earth, you would surely notice that the temperature will get warmer. That’s probably because inside of the Earth’s core is full of heat, called geothermal energy. Power plants and geothermal systems collect the heat and steam from beneath the Earth’s surface and directly convert it into electricity. Water and steam collected will drive the turbine, resulting in a process that converts the thermal power into electricity.
If you wonder how people can capture geothermal energy, there are few ways to go about this process. 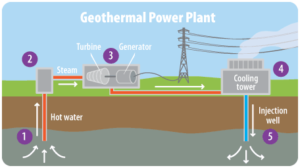 electricity. If you would ask where to find this kind of power plant, you’re most likely to see this in areas where there are hot springs, geysers, or volcanic activity, because these are places where the Earth is incredibly hot just below the surface.

Geothermal heat pumps- Not all geothermal comes from power plants. Heat pumps can also do sorts of things from heating, cooling, and warming swimming pools. Heat pumps can tap the heat close to the Earth’s surface to heat water or provide heat for buildings above.

Geothermal Power in the Philippines

Owing to the country’s location along the Ring of Fire zone of Pacific volcanoes, the Philippines is one of the 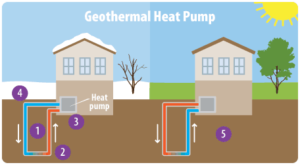 countries with many geothermal power plants. Geothermal energy solutions hold a significant share of electricity in the Philippines. Moreover, it is expected that in the coming times ahead, the generation of geothermal energy is set to increase to over 1,371 MW in added capacity correlating with a total installed capacity of around 3,200 MW by 2030.

Accordingly, the country would reach a level that comes somewhat close to the current top 1 state, the United States, that has today installed around 3,676 MW.

DOE also added that “The country has seven geothermal fields that supply for an about 12% of the nation’s energy, with a long-term plan to nearly double capacity by 2040”.

Along with the other countries like Japan, Indonesia, and New Zealand, who are also the major players in the geothermal industry, the Philippines have to make plans to remain in its no. 3 position it holds today.

Just like how solar, wind, and water energy contributes to energy generation, Reurasia can prove the sustainability of geothermal energy. Although geothermal is a naturally occurring and replenishing substance, the power itself also produces approximately one-sixth of the amount of carbon dioxide emitted by coal and fossil fuel plants.

Thereby, it can be concluded that geothermal energy is much more consistent compared to other renewable resources. On the contrary, energy experts also stated some drawbacks of geothermal, including sulfur dioxide and hydrogen sulfide emissions. Also, other liquids contain toxic materials.

Building any power plant can permanently affect the ecosystems, especially the large-scale power plant. However, with the many points to the positives of renewable energy, they outweigh the drawbacks mentioned earlier.

The good news remains that there are many other green energy innovations to choose from. Whether it’s solar, wind, water, or another renewable resource like biomass and biogas, there are plenty of ways you can opt to reduce your environmental footprint.

10 thoughts on “Geothermal Does What? Renewable Energy Resource”