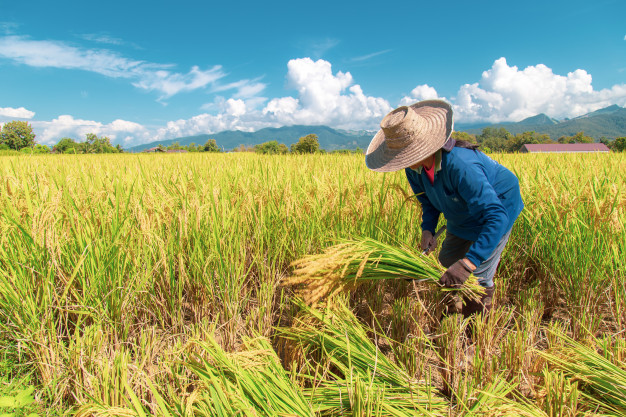 Is it possible to have a positive energy balance from the rice industry? Southeast Asian countries nearly produce about 150 million metric tons of rice straw every year. That is because, for every tonne of rice produced, almost a tonne of straw is grown. However, several blocks are impeding collecting rice straw from the fields or rice mill.

Due to a lack of knowledge on alternative uses of rice hulks and straws, it then only led to the practice of burning, which causes air pollution and greenhouse gas emissions.

Did you know that these rice straws and husks can be used to generate energy? As food production is a necessity for much of the world, rice production is widespread. However, it also results in the generation of large quantities of non-food biomass, primarily in straw and husks. Let’s dive and discover the characteristics of the two:

Rice Straw – This is a rice by-product produced when the harvested paddy is separated from the grains after the rice plants are threshed either manually or by using threshers.
Rice Husks – Also called rice hull, is the coating on a seed or grain of rice, formed from hard materials, including silica and lignin, to protect the seed during the growing season.

Traditionally, in most South and Southeast Asian countries, these rice straw and husks are considered waste. These materials are then dumped into rivers or burned in the field, causing GHG emissions, contamination, and pollution. However, with this advent technology, rice residues can be processed and managed using better practices through the biogas energy solutions process. And, more importantly, it can be used as an energy resource through the anaerobic digestion process.

According to the Conversation (Academic rigour, journalistic flair), there is a pilot plant located in Laguna province that takes the rice residues through anaerobic digestion in the Philippines. This process allows the waste to become a biogas energy – a renewable resource.

For many discussions, the anaerobic process produces biogas through which bacteria break down organic matter such as manure without oxygen (the United States Environmental Protection Agency). For biogas energy production from these rice straws and husks, the process will be the following:

Collection of the residues from the rice fields and putting in a large digester in the absence of oxygen.
Add small amounts of cow manure. This is to boost the microorganisms inside to thrive and decompose the straw and produce biogas.
The digested rice straws and husks are composted to provide a nutritious fertilizer.

Additionally, according to the research funded by DFID, results indicate that anaerobic digestion of rice straw and husks is a technology that can increase energy security in rice-producing regions. Accordingly, it can also be used in the fields to improve crop yield and soil quality.

Bioenergy can become part of their agricultural and everyday practices if only farmers and government officials consider it. Biogas shows as the best candidate with many additional benefits from solving the rice industry’s problem, which is their straws and husks. Not only that but with biogas energy solutions, economic and environmental issues such as greenhouse emissions and climate change will be solved.

So if you are a company or an industry in need of help, Reurasia’s biogas energy solutions got you covered! Request for an estimate so you will have an estimation of the costs and benefits that your anaerobic digestion project can generate!