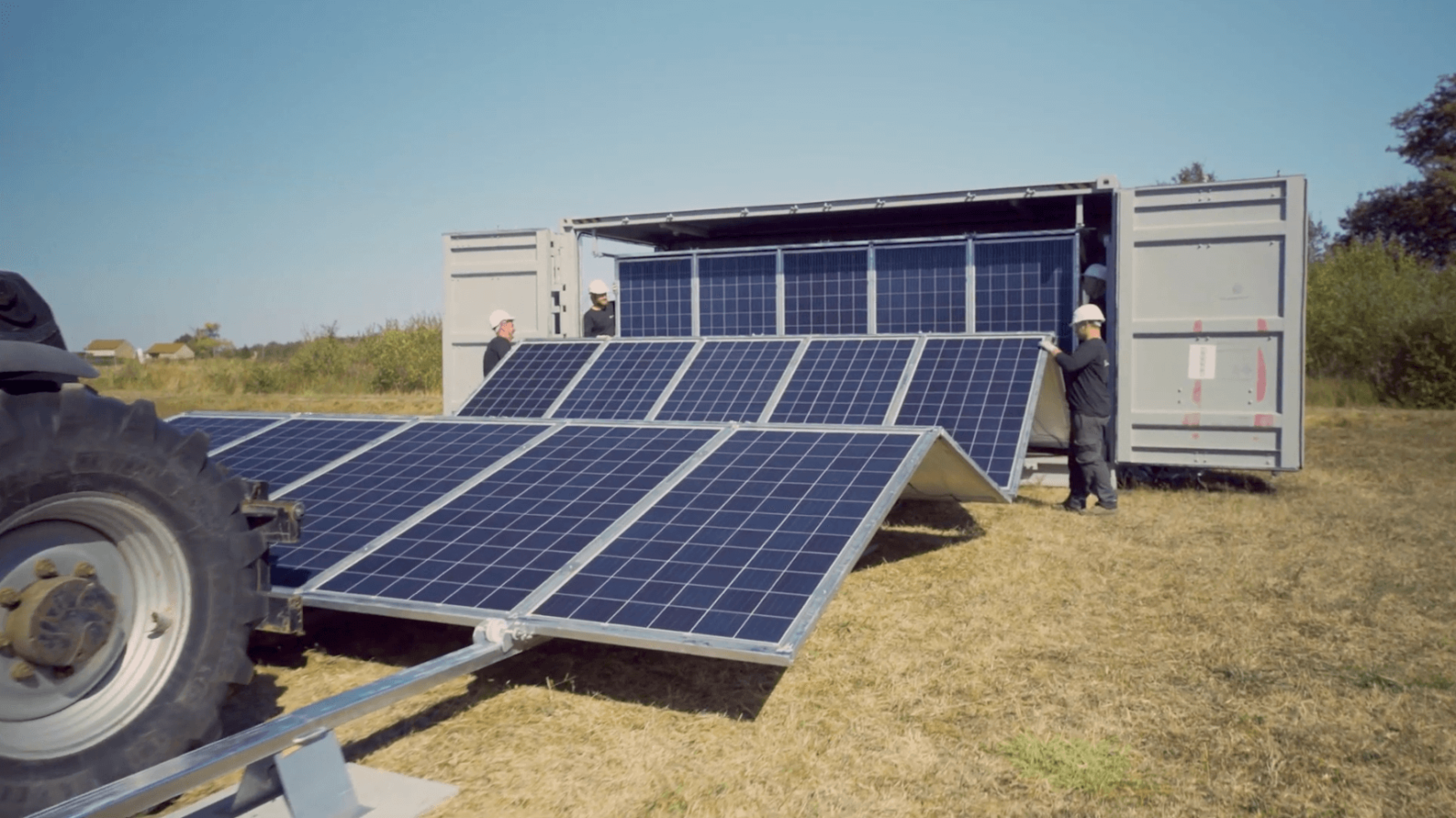 As the dawn of industrialization brought with it a demand for power generated by diesel generators, we are now seeing an increase in interest in alternative energy sources for these generators. The rising cost of fuel, environmental awareness, and additional transportation and storage may jeopardize their primary energy source. It is also known that the power grid can sometimes be unreliable or unavailable in the Philippines. This is why industrial companies and states are turning to alternative energy sources.

As companies look to the future, they are concerned about the reliability of their current energy sources, as well as their ability to meet increasing demands for electricity. Diesel generators have been a popular choice due to their relative ease of use and flexibility in terms of fuel consumption; however, these benefits come at a price: diesel generators produce harmful emissions that can be detrimental to both people’s health and the environment.

In recent years, PV system and battery storage costs have steeply dropped, making it an affordable energy source for companies in remote areas. But solely relying on a diesel generator isn’t enough for an industrial consumer. This is why industries are resorting to PV-diesel hybrid systems. 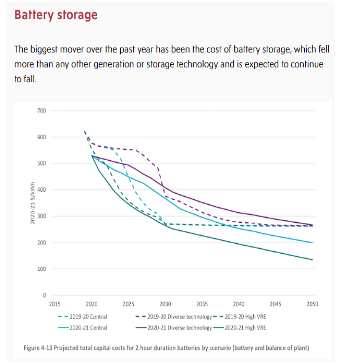 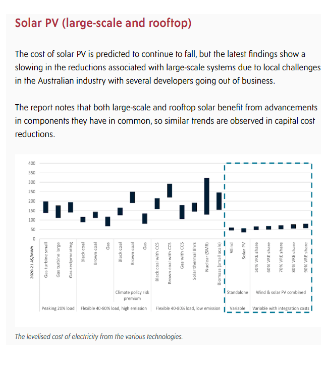 A PV-diesel hybrid system combines a solar array with a diesel generator to generate electricity. The solar array provides daytime power while the diesel generator supplies backup power during the night or when there’s no sunlight. This type of system is ideal because it reduces fuel consumption and greenhouse gas emissions associated with using diesel generators alone.

The combination of solar panels and batteries can also provide uninterrupted power supply to critical equipment—a must for industries that rely on continuous manufacturing processes such as mining and smelting.

What is a solar-diesel hybrid system?

Solar hybrid systems are power systems that combine solar power from a photovoltaic system with another energy source. One of the most common hybrid systems is the PV-Diesel hybrid, coupling PV, and diesel generators, also known as diesel gensets. The diesel generators are used to steadily fill in the gap between the load and the power generated by the PV system. Battery storage can enhance the overall system performance to ensure that the amount of energy meets the demand. Battery storage technology has a key part to play in ensuring homes and businesses can be powered by green energy, even when the sun isn’t shining or the wind has stopped blowing.

For example, the UK has the largest installed capacity of offshore wind in the world, but the ability to capture this energy and purposefully deploy it can increase the value of this clean energy; by increasing production and potentially reducing costs.

An energy management system can also be included to optimize the system as the diesel Genset capacity is limited and the solar energy production is inconsistent.

Photovoltaic (PV) panels have become more popular in recent years due to their low cost and environmental benefits. PV panels convert sunlight into direct current (DC) electricity through the photovoltaic effect, which occurs when light strikes semiconductors such as silicon or gallium arsenide. The DC electricity from PV panels is converted into alternating current (AC) by inverters before being used for household purposes or sold back to power grids for additional income.

A photovoltaic (solar) diesel hybrid system works by ensuring that the main energy source is used in a way that is both efficient and environmentally friendly.

How does a photovoltaic (solar) diesel hybrid system work?

A photovoltaic (solar) diesel hybrid system is a great way to have the best of both worlds: a clean and self-sufficient power source that keeps you off the grid, and an energy source that gives you flexibility in case of an emergency or grid failure. 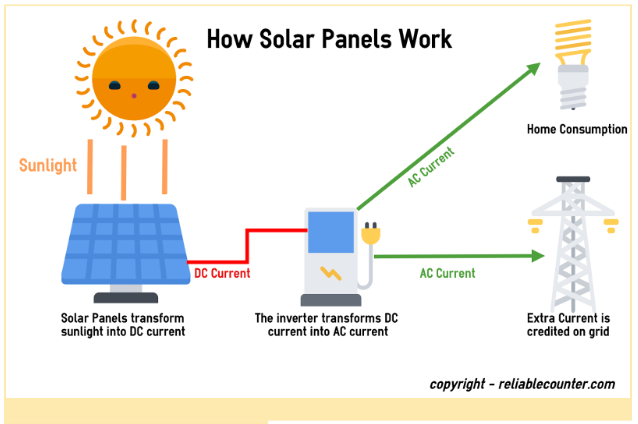 Depending on your needs, the main energy source can be either your photovoltaic system or a diesel generator. When it’s tied to the grid, we’ll talk about an “on-grid” system; when it’s isolated, it’s an “off-grid” system. In any case, those energy sources are used to complement one another. Whether the goal is to fill the gap left by grid failure or reduce fuel expenditure, a PV system can supply additional energy. Batteries can also be used to store excess energy for later use.

There are many advantages to solar-diesel hybrid systems.

First, they can increase the amount of PV penetration on a grid by providing voltage support for distributed PV solar systems.

Second, energy generated during the day is not wasted or fed into the grid. It can be stored and used whenever needed because of the right equipment used in these systems.

Third, if the grid fails or when PV production isn’t enough, this system still keeps going because it has an uninterruptible power supply (UPS) system that ensures continuous operation even if there are problems with other parts of the system, such as batteries or inverters.

Fourth, using sustainable resources reduces carbon dioxide emissions, which makes this system environment-friendly because it doesn’t pollute our planet by adding more CO2 gas into our atmosphere, which would cause global warming and climate change problems worldwide if we don’t stop using fossil fuels soon!

The world is facing an energy crisis. Innovation is the only way we can meet the world’s growing energy needs. While solar technology has been around for some time, it has recently leaped forward with the advent of containerized solar solutions. The future of energy may very well be in these self-contained systems that make and store renewable energy.

Containerized solar solutions are relatively new, but their popularity is proliferating as more people realize their benefits:

Above all, containerized solar containers can help you save money on fuel while also lowering your carbon footprint. With rising fuel prices and falling solar PV costs, one could argue that it is a worthwhile long-term investment.